Introducing the FS250 from Bentley Acoustics ? their range topping floor-stander. First impressions are minimalist but classy design, solid construction, and good quality components.
Each speaker stands around 115cm high, 22cm wide and around 37cm deep. Cabinetry aesthetics are simple and square, with an 8mm, 45 degree beveled edge on each vertical side of
the front baffle. The set is finished in a durable high gloss white paint which wraps its way around, all the way into the two rearward firing CNC routed port flares. Plain, elegant, nice.
Full-length magnetic cloth grills host the only listener-facing branding ? a neatly presented black and brushed aluminum  Bentley ?B?. It?s actually a great logo. Distinctive and classy
without the garish bling. Behind the screens of the magnetic grills hide two 6? drivers, a 4? midrange and a 1? silk dome tweeter. More on the drivers later, but the four satin-black drivers
really look good against the contrast of the gloss white baffle. Each cabinet rests on two black plates mounted on the base with four feet, somewhat like what can be found on a set of Jamo C95/97?s. 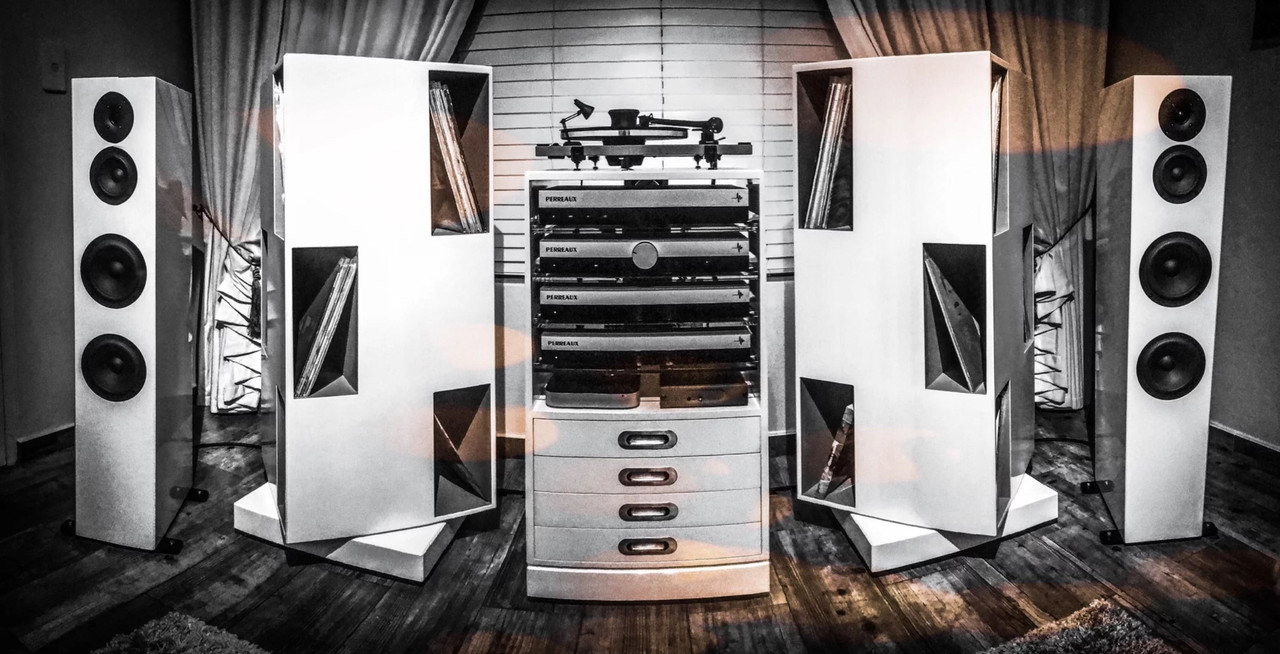 As with so many South African products, we often fail to recognize local talent unless it is recognized internationally. Part of this phenomenon has much to do with what we define as the benchmark.
Take the music scene for example. Just about everything that we have forced upon us daily has origin / accent / studio / producer similarities, and when something comes along that pronounces the
lyric ?dance? in any other way other than the typically American, it confuses our minds into a state of ignorance. South Africa has an indistinctly unique way of doing things. Some of it good, some of
it not so much. We have a bit of a ?made in China? stigma attached to many of our own products, and it all too often paints really good products with the same brush.

Speakers - like cultures, evolve together. Whilst there are certainly contradicting examples, experienced ears will more often than not be able to correctly distinguish the geographical origins of a
sonic signature. British speakers sound a certain way? Italian speakers another, and so on. The FS250?s seem to do things differently. Just as our own South African accent was uniquely formed
over generations spawned from multiple origins, the Bentleys have combined some of the best attributes of various speaker Nationalities, and formed something uniquely theirs.

I feel that the best place for us to start is to describe the speaker in an all-encompassing way, before delving into finer details. The Bentley FS250?s are listening speakers. They don?t fade gently into
the background and allow you to forget what you are there for. These grab your attention and make you listen. They also don?t need to be played loud in order to do so. Personally I found them to be
at their very best at a relatively low volume, revealing comprehensive detail in a way that almost makes them seem almost fragile. Give them some juice and they will quickly remind you that they are not.

The FS250?s have twin rear ports, the bottom one being slightly larger than the one above. The 4-way design splits the lower frequencies between the two Danish designed SB Acoustics 6? drivers,
the upper units presenting the 250 ? 500Hz range, the below unit everything sub 250Hz to around 32Hz. The two drivers are seriously energetic, almost quivering with excitement every time the hint of
opportunity to please arises. The rubber surrounds of these two are super soft and pliable for low damping, allowing for lightning-fast reflexes. Mids are also from SB, the 4? drivers doing duty up to
round 5kHz, with Peerless by Tymphany 1? silk dome tweeters handling the highs.

Bring me floor-standing speakers with rear ports and I generally steer clear. This is more because of the characteristics of my listening space rather than poor speaker design. Admittedly I did find myself
a little frustrated upon initial setup. As much as they aren?t heavy port-breathers, upper bass was far too imposing when cornered. Along with the fine tuning of toe-in, pitch and positioning, giving them some
breathing room really made a world of positive difference. Using Sonic Studios IRC and the Umik-1 for measurements, the process was repeated multiple times over around 12 hours of listening and
measurement. I tend to get carried away with this and forget to just listen? so settled in on what seemed the best placement to get on with what it?s all about. 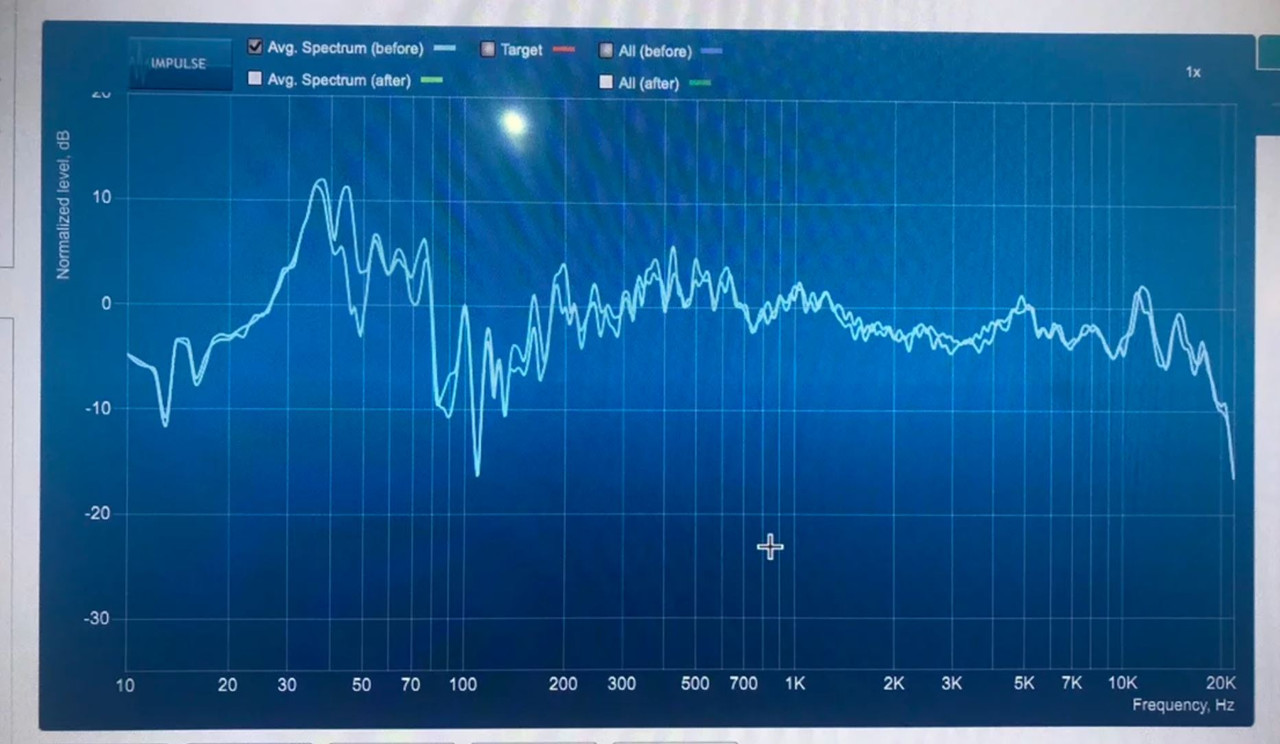 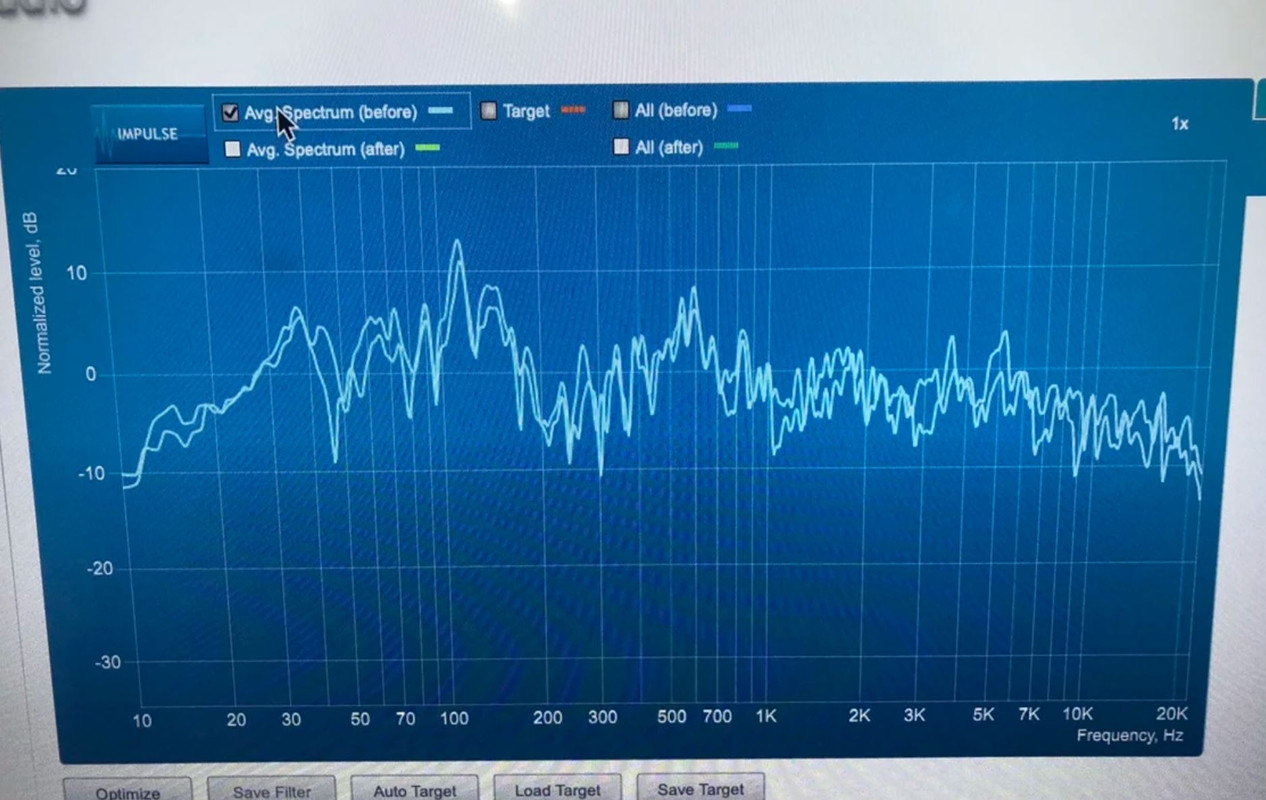 The absolute first thing that came to mind was just how fast these speakers are. Transient response is astonishing. The album ?Botero? from Jack Lee/Bob James was a great place to start,
bringing in spades all  the ingredients required to allow the speakers to show off. For sake of understanding, I have a list of words and their definitions of around 120 long, from which I choose
the 20 ?best describes? ? articulating as best I can from there.

Airy - Spacious &  Open.
Fast - Good reproduction of rapid transients which increase the sense of realism and "snap".
Punchy - Good reproduction of dynamics. Good transient response, with strong impact. Sometimes a bump around 5 kHz or 200 Hz.
Bodied - Fullness of sound, with particular emphasis on upper bass.
Naturalness - Realism.
Attack - The leading edge of a note and the ability of a system to reproduce the attack transients in music.
Timing - A sense of precision in tempo.
Tight - Good low frequency transient response and detail.
Definition (or resolution) - The ability of a component to reveal the subtle information that is fundamental to high fidelity sound.
Focused - A strong, precise sense of image projection.
Snap - A system with good speed and transient response can deliver the immediacy or "snap" of live instruments.
Low Level Detail - The quietest sounds in a recording.
Full - Good low frequency response, not necessarily extended, but with adequate level around 100 to 300 Hz. Male voices are full around 125 Hz; female voices and violins are full around 250 Hz;
sax is full around 250 to 400 Hz.
Detailed - Easy to hear tiny details in the music; articulate. Adequate high frequency response, sharp transient response.
Breathy - Audible breath sounds in woodwinds and reeds such as flute or sax. Good response in the upper mids or highs.
Rhythm - The controlled movement of sounds in time.
Articulate - Intelligibility of voice(s) and instruments and the interactions between them.
Pace - Often assoc. with rhythm, a strong sense of timing and beat.
Transient - The leading edge of a percussive sound. Good transient response makes the sound as a whole more live and realistic.
Dynamic - The suggestion of energy and wide dynamic. Related to perceived speed as well as contrasts in volume both large and small.


Right now, the two mid-sized floor-standing speakers take up the real-estate of where two 80kgs-a-piece Jamo Oriels usually rest. The Oriels are my reference for this room. With their
double band-pass internal subwoofer system, Eton Symphony Hexacone mid-bass drivers and Dynaudio Esotar tweeters, they are quite a formidable opponent for our little FS250?s.
The Jamo Oriels are revered in two particular areas, being their midrange presentation and seismic lows. Highly sensitive to placement and listening position, they are wonderful pieces to
experience. I felt a little sorry for the pair of Bentleys at first, but they confidently got on with the job and didn?t disappoint.

Right off the bat, it was evident that the sub-bass produced by the internal driver arrangement of the Oriels was not going to be challenged. The Oriels gloated temporarily in watch,
turning a little green seconds later as the Bentleys presented their transient attack ?ace?. I said it earlier? these FS250?s have some seriously quick drivers. Bass is FAST, full bodied and
alive! I love my Oriels? but man I wish they could have the mid-bass punch and timing that these do. Superb.

Up the frequency spectrum, the 250?s continued to give a solid performance against the Oriels, all the while riding the coat-tails of their phenomenally timing and pace. Highs were presented
clearly and with wonderful detail. ?Tsssss? presented beautifully without any evidence of sibilant ?Tshh?. Vocals were natural and never felt over emphasized, screechy or harsh. What they
consistently did, was present music well-balanced, detailed and without any sense of lacking. I?m truly enjoying them.

Comparison to the Monitor Audio Platinum 300?s ? again far larger opponents but in a similar arrangement, the 250?s never felt inadequate or embarrassed. The twin 8? drivers of the PL300?s too,
produce stunningly tight and fast bass, with a ribbon tweeter that has a reputation for excellence. When the Platinum?s find something they like, they do it incredibly. In favour of the Bentleys,
they more often sounded brilliant across a broader spectrum of music, being more forgiving of less stellar recordings. The only noticeable difference was evident in the truly delicate, as I?ve only
heard a ribbon do.

I must note that these comparisons are with speakers costing north of five times as much as the estimated retail price of the Bentley FS250?s. I intended spending more time comparing against
similarly priced Monitor Audio Silver series floorstanders, but to be honest I set them up and played them for less than ten minutes. The Bentley?s needed something a bit more challenging.

Before receiving these set of speakers, I had never met Vaughan from Bentley Acoustics. What has made an impression is his positive reception to suggestion and improvement.
I get the impression that the delay in launch is simply in pursuit of perfection, which right now it is not. A new feet design is in progress, as well as some cabinet finish options being investigated.
Even as they stand here now in front of me, there is little to nothing I?ve come across in the market that competes at the price point. I love the simple styling and the gloss white for reasons of
coincidentally matching my stereo furniture.

Near complete, a set of Bentley FS250?s will be made my own.